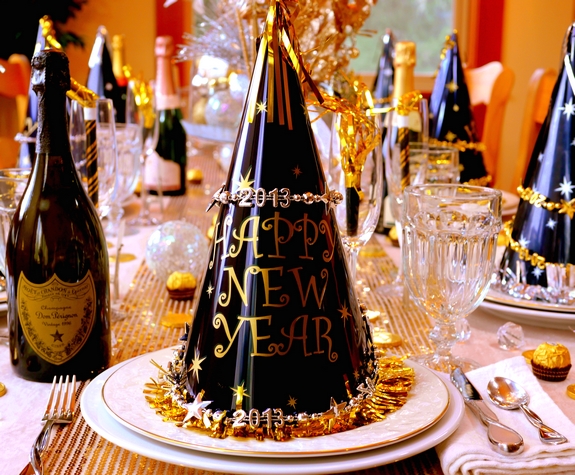 We humans can be a suspicious bunch – and we’ve got all kinds of traditions to help bring in good luck and ward off the bad. Throughout the ages and in every culture, there are customs and superstitions around New Year’s Eve and New Year’s Day. In the South, those customs usually revolve around something everyone loves dearly: food. If you’re a native Southerner, these customs likely sound familiar. If you’re a transplant, consider this your Southern food primer of what to eat for good luck in 2018.

One theory says this tradition began during the Civil War when General Sherman and his troops raided the Confederate food supplies but left the black-eyed peas and salted pork, thinking both were animal foods.  Since it was the only food they had left to eat, Confederate soldiers considered the two items lucky. Others believe that African Americans ate the legume on January 1, 1863, the day the Emancipation Proclamation went into effect. A related tradition holds that counting the number of peas predicts the number of lucky days one will have in the coming year (one pea = one day), so perhaps the optimum serving on New Year’s Day is 365 black-eyed peas?

“Today, anyone with any Southern blood in them at all eats their black-eyed peas on the first day of the new year with some type of greens, as the color signifies money, and a little more of that never hurts,” says George Mahe, editor of St. Louis magazine. While tradition holds that collard greens are said to bring in the cash for the New Year, there’s a more practical reason Southerners eat greens this time of year: they’re a late crop, so they’re still in season.

Yellow is the color of gold, and golden yellow cornbread is said to represent golden opportunities and wealth in the New Year.

In the South, pigs are considered symbols of good luck and progress for two reasons: they root forward when foraging for their food and because they cannot look backward without completely turning around.

Ready to combine all these Southern customs into a New Year’s feast and exponentially increase your luck in 2018? Here are some recipes to get your started: